Despite How You ‘Feel’ Go with What Is ‘Real’!

TRP customer, Owner & Founder of Stevenson Fitness and Customer Engagement Academy Honorary Vice President, Chris Stevenson shares why your business decisions should be informed by hard data rather than hunch or gut-feel.

‘Feel versus real’ is a concept we use at our Oak Park, California health club Stevenson Fitness that has helped us tremendously with our ability to make good decisions. The idea is that when it comes to decision-making, it is always best to go with ‘real’ as opposed to ‘feel’. ‘Feel’ is based on emotion and theory, while ‘real’ is based on data and facts.

This may sound simple, but it is harder to execute than you may think. Emotions are strong and can take over at times. This is especially true of negative emotions.

Imagine you are at your club on a Monday. You sell ten memberships in the morning, have a great staff meeting, and sign up four new personal training clients. Then, in the middle of the day, an angry member comes in and cancels her membership because she is dissatisfied. In the early evening, you sell ten more memberships and receive five amazing Facebook and Yelp reviews.

What do you say when somebody asks you how your day was?

The common answer is “It was horrible! An angry woman came in and yelled at us and cancelled her membership!” The latter statement is true, but the former is not. You had a great day other than one small glitch. While the negative moment had a big emotional impact, the truth is that 95% of your day was great. Saying your day was horrible is ’feel’ but certainly not ‘real’.

It is human nature to let ’feel’ dominate ’real’ and that often leads to poor decision-making. Learning to curb emotion and rely on data will dramatically improve your ability to make effective decisions.

Let me give you two recent examples from our club that illustrates my point.

We occasionally run a sale called “Your Friend, Your Rate”. The premise of the sale is that every member can have someone join at his or her rate – our rates have increased throughout the years, and there are people who joined in our presale back in 2010 who pay a really low membership fee. You can imagine that a current member who joined at a current rate might get upset about somebody joining after them and getting a lower rate. Our member service team expressed this concern when we decided to run this particular special again recently. They argued that the last time we ran the sale so many members got mad and were hard to console. As there was no data to back this feeling up, and the campaign had previously been successful in generating new membership sales, we decided to run it again anyways, but this time I made our member service team tally how many higher paying members actually complained.  During our one-day sale we sold over one hundred memberships and only received three complaints. It was definitely a worthwhile endeavor. ‘Feel’ said everyone complains, but ‘real’ showed us that almost nobody complained – less than 0.15% of our membership base.

The second situation centered on whether to close our childcare area. Usage of the facility was steadily dropping over the years, but there were members who used it frequently, and their children loved it. We are very attached to our members and their children so closing it felt uncomfortable. It felt like the wrong thing to do. We then did a deep dive into the data and noticed several things.

All of that data showed us that by closing our childcare area we would actually only disappoint very few members and there was a strong likeliness of making many happier by utilizing that area as more floor space for exercise. We still felt bad for the members who used it, but we were confident that it was the right decision. ‘Feel’ was emotional and ‘real’ made sense. We did a great job navigating the change, but that is for another blog…

Feelings do have value but should never trump data.  Anytime you have to make a decision, take some emotional distance and let the statistics do the talking. You may be lucky once in a while when you go with ‘feel’ but you rarely go wrong when you act on ‘real’. 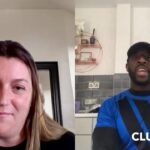 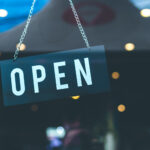 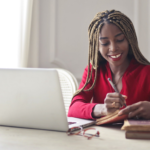